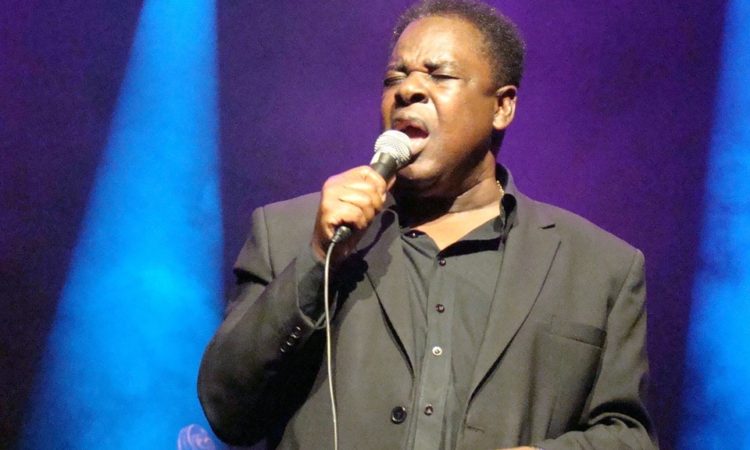 Born in the hills of Jamaica in a shanty with no running water or electricity, Roy Young’s love for soul music started at a very early age. When all his friends were listening to the latest ska or the newest reggae track, Roy was listening to groups such as The Dells, The Drifters and The Temptations. When he moved to England at the age of 13 he was introduced to the likes of Otis Redding, Wilson Pickett, Joe Tex and Solomon Burke.

This was the time of the great Northern Soul movement of the late 60’s and early 70’s and is when Roy was introduced to his greatest influence, the remarkable Sam Cooke. By the age of 15 he dropped out of school to go on the road with a nine-piece band called The Work Shop. They toured all through England and were regulars at the infamous Bamboo Club in Bristol, England, which was then owned by Roy’s first manager, Tony Bullimore. Bullimore is best known today as the yachtsman who penned the autobiographical book entitled “Saved” depicting his amazing rescue from the Southern Ocean during the Vendee Globe round-the-world race in 1997.

Roy was first brought to Israel in 1969 at the age of 20 by Haim Saban, who at the time was a promoter/manager holding auditions in London to bring a soul band to tour Israel. Haim Saban’s business prowess has spread him into many different arenas outside of touring since those early days and he is best known today as the creator of “The Power Rangers” and is the head of the international media giant Saban Capital Group. That was the beginning of a close friendship between Haim, his brother Arieh and Roy that has lasted over 35 years and remains strong to this day.

Roy continued to go back and forth to Israel after that first tour and was performing all over Europe, Russia and the Middle East. He performed at the Marquee Club in London with Long John Baldry while he was 1 in England with “Let the Heartache Begin,” as well as Arthur Brown while he was topping the U.K charts with “Fire”. Roy then caught the eye of two young A&R executives working for EMI London at the time by the names of Dave Rose & Philip Rowley, and they signed Roy to EMI in 1980. They brought Roy to Abbey Road Studios and put together musicians and vocalists to guest on Roy’s album. Marvin Gaye, who became another one of Roy’s close friends in the early 80’s, Pat Rizzo of the band War and the original members of The Four Seasons were some of the talent that performed on Roy’s album for EMI.

Roy’s touring began to take off, and on one trip back to Israel he met his current wife Orly and decided to relocate there on a more permanent basis. Philip Rowley ended up heading to the U.S. for EMI and the project lost its momentum. EMI never completed the album. Roy and Philip, who is currently the Chairman of AOL Europe, recently had a reunion in New York City in June 06 after not seeing one another for almost 20 years!

Roy continued to tour Israel and Europe with various bands and was enjoying life in Israel. In 1997, two young Australian songwriters, brothers Gideon and Daniel Frankel, were backpacking through Israel and heard about a legendary Jamaican soul singer now living in Tel Aviv. They were finally introduced to Roy after several attempts to meet him and played some of their music for him. He wasn’t quite sure about what he heard the first time, but when he met with them again the following week he thought that they might be on to something.
The Frankels returned home to begin writing and promised that they would contact Roy to arrange for a recording session in Australia. Well, Roy didn’t hear from them again, and although he wondered from time to time what happened to those two “happy” kids from Down Under, he didn’t think too much of it. Then, seven years later, out of the blue Roy got a call. He heard a voice on the other end of the phone shouting, “Hello, is this Roy? We’re ready!” just like it had been seven days. Daniel and Gideon explained to Roy that they had been writing music for him over the years. They now had forty or so songs that they were happy with and they wanted him to come to Australia to record.

In 2003 Roy traveled to Melbourne to record with them under the Australian independent label Shock Records. Legendary Motown arranger and muted trumpet player Gil Askey came out of retirement after hearing what he considered something original in Roy’s voice! “Just listen to the personality in his voice. Ain’t nobody like this anymore.” said Askey, and at the age of 86 he wrote the horn and string arrangements for most of the songs that were being recorded. Guitar genius Jack Jones was brought in on guitar during the Melbourne sessions as well.

Once they had recorded 12 songs, the Frankel Brothers went looking for a U.S. partner where they found Rosie Lopez, head of Marketing & International at Tommy Boy Entertainment. She heard Roy’s voice and immediately signed him sight unseen stating “it would be a shame if the world did not know this man and his music!” Tom Silverman, founder and CEO of Tommy Boy Entertainment, decided to bring Roy to the infamous Royal Studios in Memphis to work with the legendary Willie Mitchell in September 2005. Willie put his magical touch on the album as the executive producer and brought in some of the all time great Memphis musicians to work on the album including Leroy Hodges, Charles “Skipp” Pitts, Lester Snell, Steve Potts and Preston Shannon. The end result is the long overdue and deeply soulful debut album of Roy Young entitled “Memphis” due out early 2007 which is already garnering rave reviews from some of the great soul tastemakers of today.

With more than 25 years between recording contracts, it has been an awe-inspiring journey that demonstrates to musicians and fans alike what true perseverance is. More recently, Roy has performed with the Red Star Belgrade Symphony on a live broadcast to the entire nation on Radio Belgrade in celebration of their Independence Day in 2004. Roy has been honored as the first ever local artist to be bestowed with the privilege of closing the Eilat Red Sea International Jazz Festival in 2005 where the likes of Diane Reeves, Billy Cobham and Zap Mama were also performing that year. He opened for Lionel Ritchie at a private function in Monte Carlo in June of 2006, and also performed at the official birthday celebration for President Nazarbeyav of Kazakhstan in July 2006. Roy is in preparation for his upcoming “Memphis” tour that will be taking him through Europe, the United States & the Caribbean. 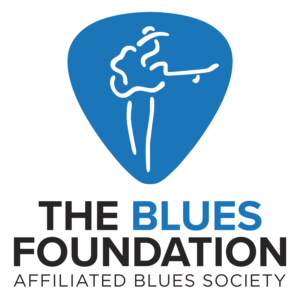